Since St Oswald’s Way opened, there have been a number of changes to the route. These are not shown in the Official Guidebook or on the Maps for Walkers. The changes are shown below, with a replacement part of the map and a new route description for those using the guidebook.

Section 1 (Bamburgh; see page 37 of guidebook.)
19. On reaching the houses, continue along the road into the centre of Bamburgh. 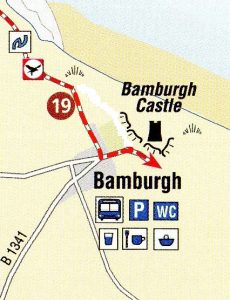 Section 2 (Just to the north of Beadnell; see page 45 of guidebook.)
5. Continue along the roadside path until the edge of Beadnell. Leave the main road as it bends to the right and go straight on, heading towards the village. 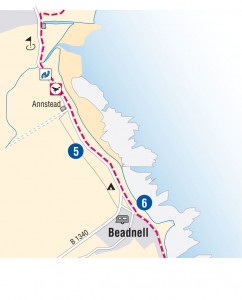 Section 4 (Weldon Bridge; see pages 84-85 of guidebook.)
11. Pass the buildings and follow the driveway as it bends around to the right. Before the end of the driveway, bear left on a path. Follow the path under the main road and along the River Coquet, eventually reaching a road by the Anglers Arms at Weldon Bridge.
12. Turn left along the road, then bear left, crossing the bridge over the river. After 100 yards, turn right on a footpath through a riverside woodland. After crossing a footbridge …. (continue as described in the guidebook.) 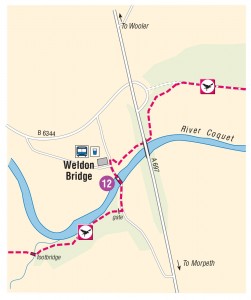 Section 6 (Just to the south of Great Whittington; see pages 120-121 of guidebook.)
13. Cross the boundary at the old windmill and cross the field to reach a footbridge. After the footbridge, turn left along the edge of the field. Turn right at the corner, again following the edge of the field until reaching a gate at the far end.
14. Go straight on up to the top of the hill and head for a gate in the fence in front of you. Go through the gate and bear right, down to a small gate in the far corner of the field. 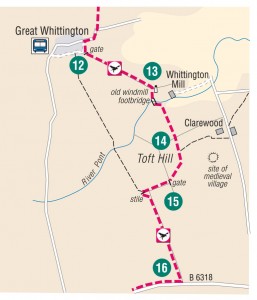 There will be several alterations to the route of St Oswald’s Way because of the creation of a new National Trail, the England Coast Path (ECP). The ECP will create new rights of access closer to the sea in many places.

To avoid the confusion of having parallel walking routes on different paths, St Oswald’s Way and the Northumberland Coast Path will be moved, where appropriate, to run along the new path.

Work has now started on the physical creation and signage of the ECP north of Warkworth, and the work will extend further north during 2022. 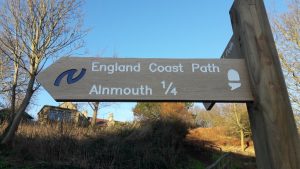 The original route of St Oswald’s Way will be available to use for the foreseeable future, and the new route is also available where signed.

We expect to publish a new Official Guidebook in early 2023, showing the new route.

For details of the route of the ECP, see the following websites:

Northumberland suffered badly from Storm Arwen in November 2021 and some parts of St. Oswald’s Way are still blocked by fallen trees. Temporary diversions are now in place, as shown below, but it may be some time before the normal route is fully open.

Unfortunately, Middleton Footpath No. 6 from west of Swinhoe Farm to Virgin Hill (as shown by the black line on the attached plan) is blocked by fallen and hanging trees, as a result of Storm Arwen.

Please follow the alternative route as shown on the below map. 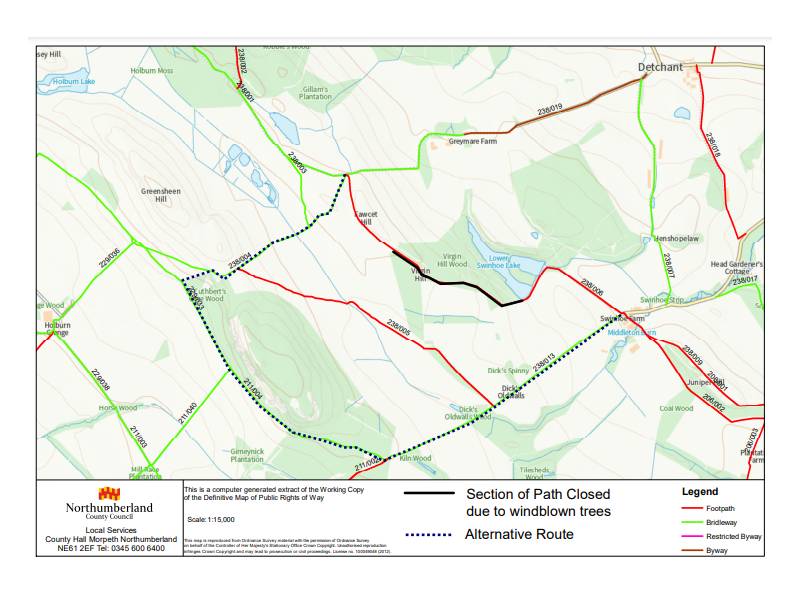 The path just to the west of the A1 is obstructed by fallen trees. There is a diversion in place, as shown on the map below, and it is hoped that the normal route should re-open on  30 May 2022.

Harwood Forest was very badly affected by Storm Arwen and St Oswald’s Way is likely to be blocked until late 2022. There is a waymarked diversion in place, as shown on the map below, which adds 1.7km (just over a mile) to the route. 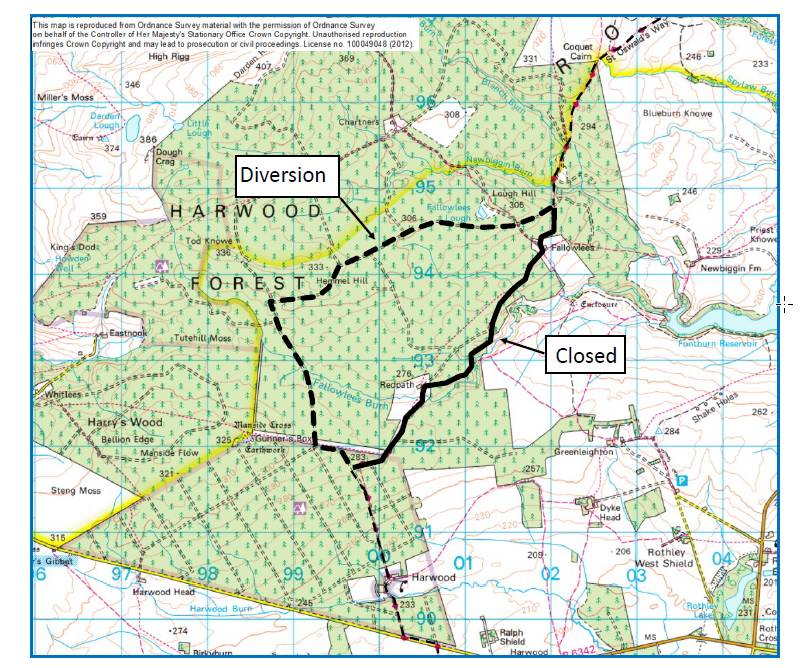